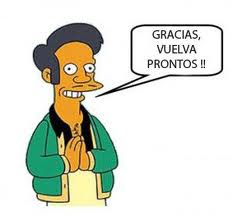 Suppose that you want to be completely over-the-top paranoid about making sure that when you execute some particular SQL statement on your Postgres database, you’re doing it in the safest and least risky way?

For example, suppose it’s the production database behind your successful startup’s main commercial website. If anything even causes queries to block/pause for a few minutes then people will quickly be tweeting about how they can’t place orders and it hurt both your company’s revenue and reputation.

You know that it’s really important to save regular snapshots and keep a history of important metrics. You’re writing some of your own code to capture a few specific stats like the physical size of your most important application tables or maybe the number of outstanding orders over time. Maybe you’re writing some java code that gets scheduled by quartz, or maybe some python code that you’ll run with cron.

Or another situation might be that you’re planning to make an update to your schema – adding a new table, adding a new column to an existing table, modifying a constraint, etc. You plan to execute this change as an online operation during the weekly period of lowest activity on the system – maybe it’s very late Monday night, if you’re in an industry that’s busiest over weekends.

How can you make sure that your SQL is executed on the database in the safest possible way?

Here are a few ideas I’ve come up with:

What am I missing? What other ideas are out there for executing SQL in Postgres with a “paranoid” level of safety?

This site uses Akismet to reduce spam. Learn how your comment data is processed.